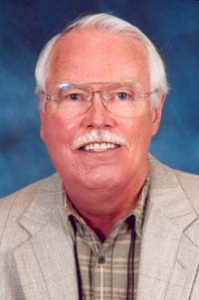 From 1967 to 1989 he worked at AT&T Bell Laboratories, becoming a Distinguished Member of the Technical Staff in 1983.  In 1990 he joined the faculty of the University of Central Florida in Orlando, where he was a Professor of Physics and Electrical Engineering as well as a member of the Center for Research and Education in Optics and Lasers (CREOL).  In 1999 he also became a Professor of Optics at the College of Optics.  He was a NATO Postdoctoral Fellow at Oxford University in 1966-67 and a Guggenheim Fellow at Stanford University in 1982-83.  He was Chair of the Department of Physics at the University of Central Florida from 1994 to 1997.

Professor Silfvast is a Fellow of the American Physical Society, the Optical Society of America, and the IEEE.  He has carried out pioneering work in the fields of metal vapor lasers, recombination lasers, photo-ionization-pumped lasers, laser plasmas, and EUV lithography. He has discovered more than 100 new laser transitions in various gases and plasmas including the blue and ultraviolet He-Cd lasers, of which he played a significant role in their commercial development. He has authored more than 100 technical papers and holds 30 patents. He has published both a first edition (1996) and a second edition (2004) of a book entitled “Laser Fundamentals” with Cambridge University Press. He is presently an Emeritus Professor of Optics and The Townes Institute at the College of Optics and Photonics/CREOL at the University of Central Florida. In 2010, in recognition of the celebration of the 50th year since the first demonstration of the laser, he was selected as one of 27 ‘Laser Luminaries’ (laser pioneers) honored for significant early discoveries. In 2020, he was recognized at a special SPIE conference session as one of the first proponents of EUV lithography.

He presently resides with his wife, Susan, in Medford, Oregon. In addition to his interest in lasers and optics, he loves playing the cello, writing, woodworking, gardening, cooking, golf, traveling, and grandchildren.