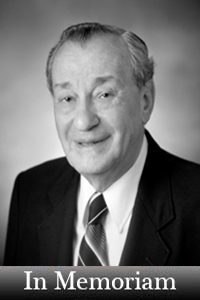 Dr. Wolf is the co-author, with Nobel Laureate Max Born, of the well-known book, Principles of Optics, first published in 1959 and now in its seventh edition. He is the co-author, with Leonard Mandel, of Optical Coherence and Quantum Optics, published in 1995. Dr. Wolf has been the Editor of an ongoing series Progress in Optics since its inception in 1961. Forty-three volumes have now been published, the first one in 1961.