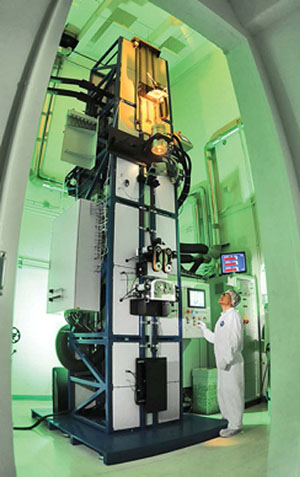 Optical fiber communication is the backbone for the telecommunications infrastructure. Fueled by emerging bandwidth-hungry applications, the Internet traffic has sustained an exponential growth in the past and this trend is expected to continue for the foreseeable future. It is well known that the capacity of a communication channel cannot exceed the Shannon limit. In the past two decades, the Internet traffic demand was mainly met by the wavelength-division multiplexing (WDM) technology using single-mode fibers (SMF), which can increase the number of channels by two orders of magnitude. Even though the number of communication channels in a SMF can be further increased by exploiting the low-loss transmission window of the optical fiber beyond the C and L bands, the resulting capacity increase is limited to below one order of magnitude. Furthermore, lack of an integrated amplification platform makes such a system unattractive from a technical and economic perspective. As today’s WDM technology has already taken advantage of all degrees of freedom of a light-wave in a single-mode fiber, namely frequency, polarization, amplitude and phase, further multiplicative growth for fiber-optic communication capacity has to explore new degrees of freedom that do not exist in singlemode fibers. Similar to the multiple-inputmultiple-output (MIMO) architecture in wireless communication, space is the degree of freedom that is being considered for optical fiber communication beyond WDM. Space-division multiplexing (SDM), including mode-division multiplexing (MDM) using multimode fibers or few-mode fibers (FMF) and/or core multiplexing using multi-core fibers (MCF), has attracted much attention in the last three to four years for the next multiplicative capacity growth for optical communication. The goal of SDM is to increase the capacity of a single fiber by at least two orders of magnitude over WDM. The concept of MDM, in which independent information is carried by orthogonal fiber modes, has been around since the 1970s but has not been pursued until recently. The reason is that the orthogonality of modes can only be maintained in practical applications for a very short distance because of crosstalk among modes due to fiber imperfections, bending and twisting. Mode coupling is a fundamental obstacle for MDM that must be addressed first. In optical fiber, mode couple is distributed and statistical. As such, it is highly unlikely that mode coupling matrix untangled using optical techniques.

Mathematically, since the coupling process is linear, the input and output modes are related by a linear matrix. Techniques invented for MIMO wireless communication for channel matrix estimation can be straightforwardly adopted for MDM signals and the input signal can be recovered by inverting the channel matrix. The challenge is that the computational complexity for this MIMO equalization is proportional to the number of the elements of the channel matrix. Therefore, the complexity of MDM MIMO equalization scales unfavorably as the square of the number of MDM channels.

CREOL faculty members Rodrigo Amezcua-Correa, Guifang Li and Axel Schülzgen have designed and fabricated a special fiber to reduce the MDM MIMO equalization complexity using a divide-and-conquer approach. The few-mode multicore fiber (FM-MCF) divides the SDM channels into multiple uncoupled cores. By doing so, not all SDM channels are coupled to each other, thus reducing the number of MIMO matrix element by a factor equal to the number of cores. In order to ensure core-to-core isolation, air holes are used to confine the modes of each of the cores.

This fiber has been used in a record-setting SDM transmission experiment, in collaboration with COBRA Research Institute, Eindhoven University of Technology, and the results was published in the October 2014 issue of Nature Photonics. They demonstrated transmission over a 1 km FM-MCF, employing 7 fewmode cores, each supporting the LP01 and two degenerate LP11 modes, which results in 7 cores × 3 modes × 2 polarizations = 42 simultaneously transmitted spatial channels. This corresponds to 21 conventional SMF transmission channels. The air-holes minimize inter-core crosstalk and reduce the required MIMO equalizer complexity from 42×42 to 7×6×6, and hence reduce power consumption. A single-carrier spectral efficiency of 102 b/s/Hz is achieved by encoding 24.3 GBaud 32 quadrature amplitude modulation (QAM), allowing for 5.103 Tb/s per carrier gross (4 Tb/s per carrier net) data rate spatial superchannels. Combining the spatial dimension with 50 wavelength channels on a 50 GHz International Telecommunication Union (ITU) grid, a gross total capacity of 255 Tb/s (200 Tb/s net) is demonstrated, further indicating the viability of combining few-mode and multicore transmission techniques in a single fiber for achieving ultra-high capacity.