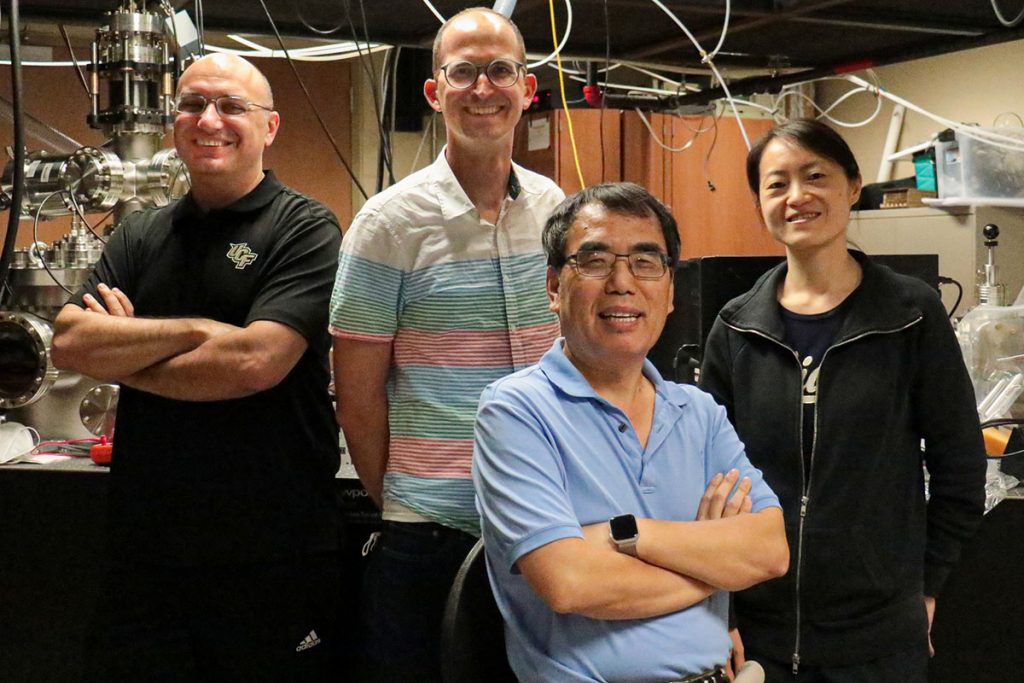 UCF is joining LaserNetUS, a consortium of the nation’s best large laser facilities started by the Department of Energy as a part of a broader strategy to boost the nation’s standing in intense laser science.

“We have been building a strong reputation in ultrafast laser science for the last decade, and it is really a privilege to be invited to join the network as a full member and to see that hard work pay off,” Chini says. “We believe joining this network, which is looking to impact the world in big ways, will be transformative for UCF.”

The invitation to join LaserNetUS will expand UCF’s capabilities in the area of attosecond science, which aims to study and control the motion of electrons and will open UCF laser facilities to external users. Membership also allows the team to expand into the bourgeoning area of relativistic laser-plasma interactions, in which electrons and other particles are driven to speeds close to the speed of light. Laser control of relativistic particles has a variety of potential applications in the areas of particle acceleration, fusion energy and even as a method to treat or someday cure cancer, Chini says.

The Department of Energy, the U.S. National Science Foundation, and the Department of Defense have all been making major investments into intense laser science in recent years, and the trend is expected to grow substantially in the coming years, members of the UCF team say.

“It’s not just about prestige,” says physics and CREOL Professor Luca Argenti about the invitation to join the network. “It is really about how we can help accelerate advances in the field as a collective group. It’s an exciting time.”

UCF made headlines when Professor Zenghu Chang led a team which set a world record for the fastest light pulse ever developed at 67-attosecond X-ray flash in 2012 and then beat his own record with 53-attoseconds in 2017. At one-quintillionth of a second, an attosecond is unimaginably fast. In 53 attoseconds, light travels less than one-thousandth of the diameter of a human hair. In the same way high-speed cameras can record slow-motion video of flying bullets, attosecond light pulses allow scientists to capture images of fast-moving electrons in atoms and molecules with unprecedented sharpness.

Also part of the team is Li Fang, an assistant professor of physics, who was recently awarded a Department of Energy Career Award for her cutting edge work.

Fang’s work focuses on studying how electrons interact with each other at minuscule scales, which can only be seen with specialized lasers. The goal is to learn how the electrons interact and eventually how to control them. This could prove valuable in understanding the energy flow within the smallest constituent unit of ordinary matter, discovering new methods to store and move energy, and for controlling chemical reactions. Fang also recently earned an U.S. National Science Foundation grant to bring a big laser to UCF.

“You are talking about being able to really see and understand how the energy at the centers of stars, like our sun work,” Fang says. “The challenge is devising the right tools to understand how this all works. But if we can learn to harness and control all of that energy, the applications are limitless.”