Michael Bass is the fifth UCF professor to receive the distinction, and his selection marks the fourth consecutive year that a UCF faculty member has been recognized. 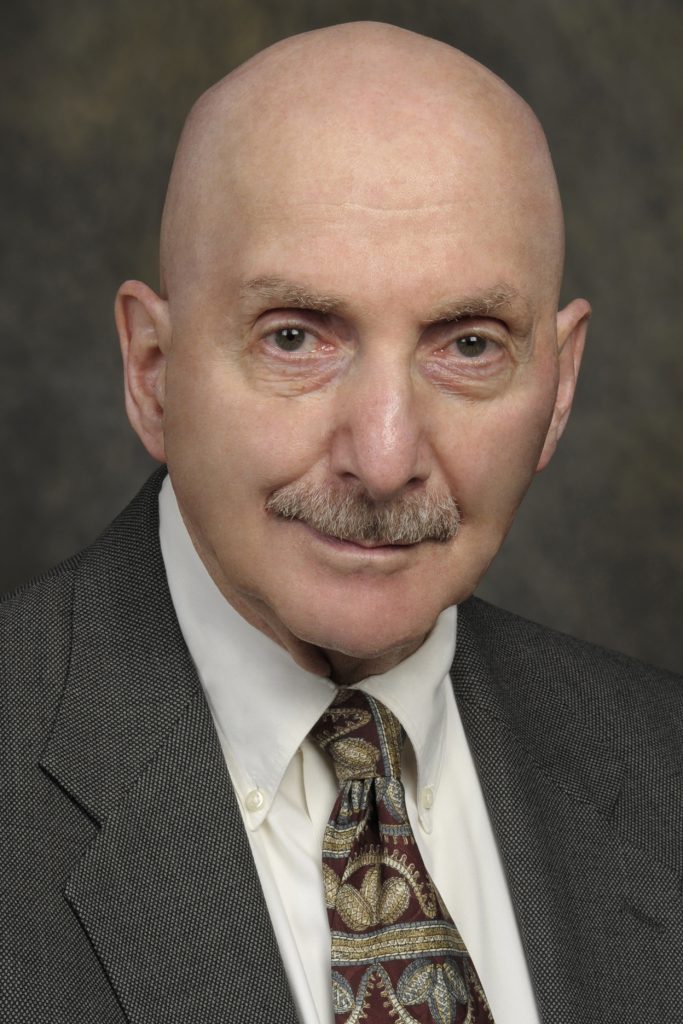 UCF professor emeritus Michael Bass has been selected for induction into the Florida Inventors Hall of Fame.

The Florida Inventors Hall of Fame annually honors a small selection of Florida inventors whose achievements have advanced the quality of life for Floridians, the state and the nation. Honorees are selected by a committee of distinguished experts in the relevant fields of innovation. Bass is the fifth UCF professor to receive the distinction and one of eight members of the 2019 class who will be inducted on Sept. 20 in Tampa. This is the fourth consecutive year that a UCF faculty member has been selected.

“All great inventions begin with a question. Throughout my career, I have had the pleasure of answering many of those questions alongside some of the brightest minds in the medical and scientific research fields,” said Bass, an expert in the areas of lasers and optics and a professor emeritus of optics within UCF’s CREOL, the College of Optics and Photonics. “Working hand-in-hand with those professionals in the truest sense of the word ‘partnership,’ we were able to make life-changing breakthroughs that helped real people. I am proud of my career’s accomplishments, and I am honored to be inducted into the Florida Inventors Hall of Fame.”

Utilizing his expertise, Bass played an integral role in the development of the Fiber Optics Laser Light Delivery system, which uses fiber optics to treat internal bleeding and tumors. He introduced the idea of using fibers to reach impacted areas of the body and cauterize the affected area with laser light. His approach helped innovate how doctors treat internal injuries and led to one of the earliest patents for fiber optic delivery of laser light systems inside the human body.

With his knowledge of spectroscopy, Bass created a new method, utilizing infrared lighting, for finding nanoparticles surrounding cancerous cells. Prior to this method, nanoparticles were difficult to locate with even the most powerful of microscopes. Bass’s innovation assisted cancer researchers with creating more effective treatments.

Together with colleagues at UCF’s CREOL, Bass created a new means to amplify the light in fiber optics, allowing significant increases in the amount of information a fiber optic communications system can carry. Working with other UCF researchers, Bass also engaged in interdisciplinary research on several problems, such as phase change cooling of laser diode bars.  This effort led to an important patent that deals with how to manage the light emitted by a bar of diode lasers.

Bass’s work has resulted in 34 U.S. patents and nearly 200 published papers in peer reviewed journals. Among other honors, he was awarded the 2014 R.W. Wood Prize from the Optical Society of America and was appointed editor-in-chief of the Handbook of Optics, Second and Third Editions, which sold more than 11,000 copies. In 1979, Bass was honored as the inaugural recipient of the USC School of Engineering Distinguished Researcher Award.

Bass has served as a faculty member and researcher at UCF for more than 30 years. He arrived in 1988 as the University’s Vice President for Research, serving in that role until 1992. In addition to professor emeritus of optics, he also has been a professor of electrical engineering and physics, as well as a professor of optics, physics, and electrical and computer engineering. Now in ‘phased retirement,’ Bass continues to teach a selection of courses at UCF, he says for the love of teaching and the university’s students.

“Teaching has been a genuine pleasure that I have had the privilege of experiencing,” said Bass, who devised the interdisciplinary course The Culture of Science in the 1990s, teaching it to undergraduate honors and graduate-level science students. “UCF is a unique institution filled with unique people, and it has been an honor to be part of this university for all of these years.”

An elected Life Fellow of the Institute of Electrical and Electronics Engineers (IEEE), Bass is also a fellow of the Optical Society of America, the Laser Institute of America, and the National Academy of Inventors. He is a Fellow of the American Association for the Advancement of Science, a member of Tau Beta Pi National Engineering Society, the Society of the Sigma Xi, the Royal B. Sorenson Society. Bass earned a bachelor’s degree in physics from Carnegie Mellon University, as well as a master’s and doctorate degree in physics from the University of Michigan.