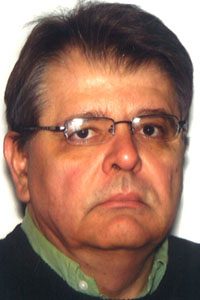 Vassilios Kovanis is with the technical staff at the Air Force Research Laboratory. In the past he served as the Technical Advisor of the Photonics Technologies Branch at the Sensors Directorate of the Air Force Research Laboratory and he was the lead program manager on the Optical Metamaterials Sensors Directorate enterprise.  Vassilios studied physics at the University of Athens, followed by graduate work at Temple University in Philadelphia, Pennsylvania and wrote his PhD dissertation at the University of New Mexico, Albuquerque, New Mexico in condensed matter theory. In September 1989 joined the Nonlinear Optics Center at Air Force Weapons Laboratory, at Kirtland Air Force Base. He remained with that organization for the next eleven years, working on multiple projects of optical and electronic technologies. During that period he held research faculty positions with the Applied Mathematics and the Electrical Engineering Departments at the University of New Mexico, and was a National Research Council Fellow between 1992 and 1994. Subsequently did a stint in corporate Research and Development Laboratories with Corning Incorporated in Corning, as a Senior Research Scientist and with BinOptics Corporation in Ithaca, New York as a program manager for next generation photonics product development. Between 2003 and 2005 was member of the faculty at the Applied Mathematics Department at Rochester Institute of Technology. His research interests are on designing low-noise tunable photonic oscillators, photonics synthetic matter and applications of compressive sensing to photonic receivers.