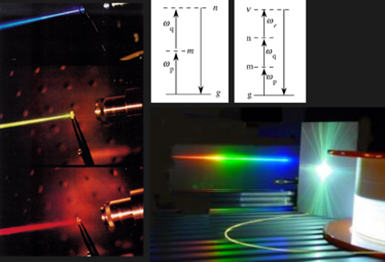 This course studies the interaction of intense light with optically transparent media when the interaction becomes non-linear, that is, when Newton’s principle of superposition ceases to operate. Starting with Maxwell’s equations, the course develops the formalism of nonlinear optics, introducing the concept of nonlinear susceptibility, explained using both a simple mechanical analogy and quantum mechanical perturbation theory. The goal is to equip students with knowledge about non-linear effects of different (2nd, 3rd, etc.) orders, about non-linear materials, and how they can apply non-linear optical effects to various experimental scenarios.