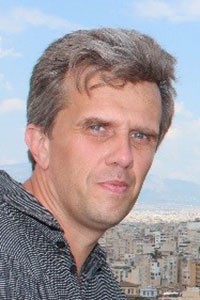 Thousands of people are seeing more clearly thanks in part to the vision of Vadim Smirnov,’02 MS, whose research group played an integral role in the development of lasers that revolutionized cataract surgery.

Local optical component manufacturer OptiGrate Corp was approached by a medical laser company more than 10 years ago with a request to develop the holographic optical elements for new ultrafast lasers (also called volume Bragg gratings). Smirnov headed the holographic department at the time, and drew on his expertise in a field of optics that covers photosensitive glass, holography and diffractive optics. He gained that experience in CREOL’s laboratory in close collaboration with a research group led by Leonid B. Glebov, Ph.D.

“Stability of lasers based on a conventional technology is quite poor and requires regular and complex alignment that is unacceptable for medical applications,” Smirnov explained. “Lasers built based on a volume Bragg grating however dramatically improved eye surgeries because of their unprecedented stability, versatility and precision.”

Creating the Bragg gratings is a difficult and ongoing process under constant development. Smirnov points out that technology development can go on for years, if not indefinitely. In this instance, Smirnov and his team built the grating from scratch. The prototype was so successful that demand quickly outpaced their production capability.

“We had no idea how to control the large volume of the order they had put in,” said Smirnov. “On top of that, repeating and recreating the gratings is incredibly difficult because of how many variables affect the outcome. It gets really complicated.”

Today, OptiGrate enjoys success as a leading developer and manufacturer of volume Bragg gratings, and supplies holographic elements to more than 600 customers around the globe. Smirnov anticipates that volume Bragg gratings will continue to evolve and, eventually, expand its deployment to an even wider range of applications.

Smirnov credits Glebov’s research group for giving him the tools he needed to convert scientific research into a successful commercial product.

“It helped to round out the education I received in the Institute for Fine Mechanics and Optics (St. Petersburg, Russia), and to understand different perspectives of scientific concepts,” Smirnov said.