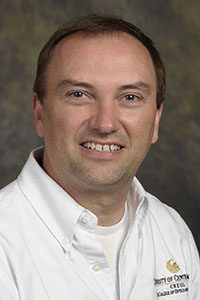 In 2005, he moved to the University of Central Florida as the Program Director of Greater Orlando GK-12, an NSF Funded program designed to improve the communication skills of STEM graduate students. Students worked alongside K-12 science teachers with the goal to introduce inquiry based learning into classrooms and refine the ability of the graduate students to communicate difficult science concepts to varied audiences.

When the program funding ended, he moved to San Francisco, spending two years with Aspire Public Schools as their first Science Instructional Coach.  In that time, through the introduction of an inquiry based approach to learning, test scores increased by 17%.

In 2010, he accepted a position with Wekiva High School (OCPS) as a science instruction coach, improving reading scores through data tracking, analysis, and professional development.  As a result, students in the lowest quartile saw an increase of nearly 20% in their test scores, and the school was awarded a “B” School Grade from the State of Florida.

As a result of improved test scores, coaching positions were eliminated at Wekiva, and Mike moved to the OCPS Educational Leadership Center, becoming a district-wide Science Instruction Coach and working with the lowest performing schools (also known as partnership schools).  He implemented an improved instructional plan for all physical science courses, conducted professional development for science teachers, and worked with partnership schools to improve student test scores on the Biology End of Course Exam.  Pass rates at the partnership schools topped 90%.

For 20 years, Mike was the state director for the Florida Science Olympiad, a competition for middle and high school students.  During this time, it grew from 8 to over 250 teams at 7 regional sites.  A robust elementary competition system was started, with nearly 100 teams.  For five years, he served on the Science Olympiad National Executive Board as Vice-Chair.  He was the Co-Director for the 2012 Science Olympiad National Tournament at UCF, and reprises the role for the 2014 National Tournament at UCF, which is the 30th Anniversary.

In 2013, Mike accepted a position as the Associate Director, Undergraduate Program in Photonic Science and Engineering.  Starting with only 9 students in 2013, the program has grown to over 175 students.  In 2019, he was awarded the UCF Gabor Excellence Award.