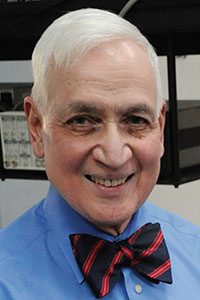 Dr. C. Kumar N. Patel is the Founder, President and the CEO of Pranalytica, a company located in Santa Monica, CA, specializing in high power quantum cascade lasers and applications. Pranalytica is the leader in QCL technology through its invention of a radically QCL new structure design, called the non-resonant extraction, which has allowed Pranalytica to offer commercial QCLs that produce highest powers anywhere in the world. He is the inventor of the carbon dioxide, carbon monoxide, and the Spin-Flip Raman lasers. He pioneered the use of these and other lasers to measure trace gases in difficult environments. He was at AT&T (now Lucent Technologies) Bell Laboratories for thirty-two years and was Executive Director of the Physics Division and of the Materials Research Division. Under his leadership, Bell Labs produced some of the most critical technologies for optical communications. The quantum cascade laser was also invented in Physics Division during his leadership. From 1993 to 1999 he was the Vice Chancellor for Research at UCLA. Dr. Patel was elected to the National Academy of Science in 1974 and the National Academy of Engineering in 1978. Dr. Patel has received every major scientific honor in the United States. He received the National Medal of Science given by the President of the United States in 1996. In 2012, he was inducted into the National Inventors’ Hall of fame. In recognition of the CO2 laser’s importance to the medical field, he has been elected as an Honorary Member of the Gynecologic Laser Surgery Society in 1980 and in 1985 he was elected an Honorary Member of the American Society for Laser Medicine and Surgery.