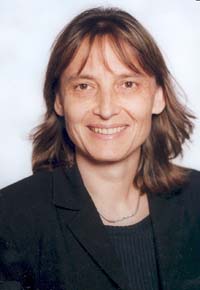 Jannick Rolland received a Diploma from the Institut D’Optique, Graduate School in France in 1984, and the Ph.D. degree in Optical Science from the University of Arizona in 1990. She is a Professor of Optics at the University of Central Florida with joint appointments in Computer Science, Electrical Engineering, and Modeling and Simulation. She joined the Research Faculty at UNC-Chapel Hill in 1992 and headed the Vision Research Group 1992-1996. She holds 14 patents, wrote 6 book chapters, and has 68 peer reviewed publications related to optical design, augmented reality, vision, and image quality assessment. Professor Rolland served on the editorial board of the Journal Presence (MIT Press) 1996-2006, and as Associate Editor of Optical Engineering 1999-2004. She is a Guest Editor for a special issue of the IEEE Journal of Display Technology on medical displays. She is a Fellow of the Optical Society of America, and a member of SPIE, IEEE, and SID.